Set high on a hill in West Sussex, this great castle commands the landscape with magnificent views across the South Downs and the River Arun. Founded at the end of the 11th Century, it has been the family home of the Dukes of Norfolk and their ancestors for nearly 1000 years.

The original castle was founded on Christmas Day 1067 by Roger de Montgomery, Earl of Arundel, one of William the Conqueror’s most loyal barons. He was awarded a third of Sussex with the stipulation that a new castle be built near the mouth of the Arun to protect the approaches to Sussex from attack.

Arundel Castle is one of the longest inhabited country houses in England. Many of the original features such as the crenellated Norman keep, gatehouse and barbican and the lower part of Bevis Tower survive. Between the 1870s and 1890s the house was almost completely rebuilt and the magnificent architecture in Gothic style is considered to be one of the great works of Victorian England.

The Castle has been used on many occasions as the perfect backdrop for historical re-enactments and film and TV productions. In 2009 the Castle played host to the cast and crew of The Young Victoria, starring Emily Blunt.

Stroll through the grounds where you will discover different themed gardens; the rose garden arranged in contemporary style; the Chapel garden with white and cool colours; the cutting garden; the renovated Victorian peach house and vinery where exotic fruits & vegetables are cultivated.

The Gardens and grounds are sympathetically arranged, and managed with an organic eco- friendly ethos to encourage wild flowers, beneficial insects and wildlife.

Contemplate in the 14th Century Fitzalan Chapel, burial place of the Dukes of Norfolk and their ancestors.
Ascend to the top of the Norman Motte & Keep that overlook some of the most beautiful downland in England and out to sea

This new formal garden is a light-hearted tribute to Thomas Howard, 14th Earl of Arundel (1585 -1646), known as ‘The Collector’. It has been designed by Isabel and Julian Bannerman with Russell Taylor as job architect, and has been conceived as a Jacobean formal garden. It is in fact an imaginative re-creation of what the ‘Collector’ Earl’s formal garden may have been like at Arundel House, his town palace overlooking the Thames in London.

The domed pergola and fountains are based on those seen in the garden vista in the background of the famous Mytens portrait of the Countess of Arundel (in the drawing room here), while the various gateways and pavilions are based on Inigo Jones’s designs for Arundel House.

The grand centrepiece is the rockwork ‘mountain’ planted with palms and unusual ferns to represent another world, supporting a green oak version of ‘Oberon’s Palace’, a fantastic spectacle designed by Inigo Jones for Prince Henry’s Masque on New Year’s Day 1611, flanked by two green oak obelisks. This contains a shell-lined interior with a stalagmite fountain and gilded coronet ‘dancing’ on a jet of water.

The garden is divided into formal courts with a centre canal pond, tufa-lined cascade and wild flower labyrinth. The planting is restrained – with scented magnolia grandiflora, Indian Bean Trees, shrubs and semi- tropical plants taking advantage of the walls to trap heat.

The Castle Gift Shop offers a range of gifts and souvenirs designed to appeal to all tastes and pockets. Foods, confectionery, china, books, textiles and stationery are all available. Many are exclusive to Arundel Castle.

The Castle Restaurant offers delicious food in the relaxing atmosphere of the old Refectory. Making the most of produce from the Castle gardens and local area, the Restaurant offers counter service lunches, light meals and drinks. For a lighter lunch or snack, try The Coffee Shop opposite the Restaurant. The Victorian Pantry provides an authentic setting for our tempting selection of sandwiches, cakes, pastries and drinks. 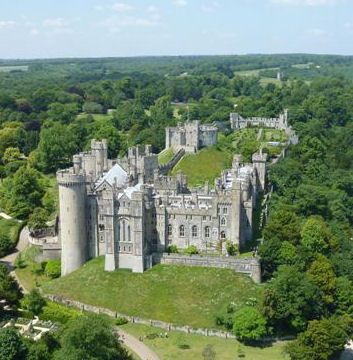 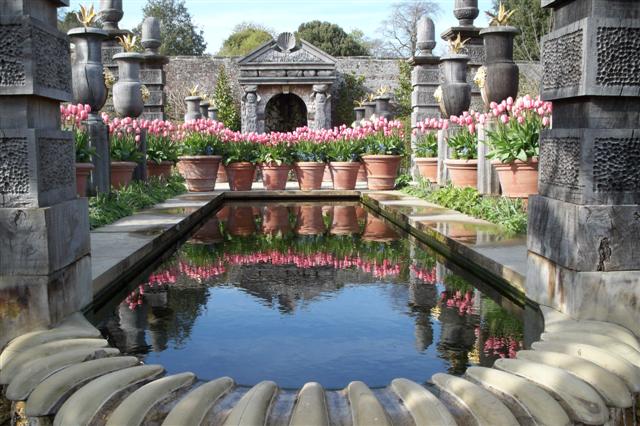 We look forward to welcoming you in 2017…

Read More
MG Owner’s Club Gathering
9 April, 2017
It’s history, but not as you know it at Arundel Castle, when the MG Owners’ Club arrives for its annual gathering.

Tulip Festival – Mid April / Mid May 2017
From mid April until mid May 2017, Arundel Castle is the place for tulip enthusiasts… Follow on Twitter for more news

Borgward Drivers’ Club
13 May, 2017
A gathering of Borgward cars and commercial vehicles

Allium Extravaganza – May / June 2017
During May & June 2017 eruptions of pom-pom headed alliums will burst into bloom at Arundel Castle…
MG Rover Sussex Group Visit
21 May, 2017
MG-Rover Sussex will visit Arundel Castle during their annual "Sussex Run"…

Set on the upper grounds this day will be an opportunity to meet historical characters, who will bring the past to life.
Town Crier’s Competition
10 June, 2017

12th century Knights and Crusaders will meet in preparation for the long journey to the Holy Land.
Jousting & Medieval Tournament 2017

25 – 30 July, 2017
Unique and exciting weeklong Jousting & Medieval tournament under the shadow of the mighty Castle

Living History Day
1 August, 2017
Set on the American Ground this day will be an opportunity to meet historical characters, who will bring the past to life.

Living History Day
8 August, 2017
Set on the American Ground this day will be an opportunity to meet historical characters, who will bring the past to life.

History in Action (Multi-period)
26 – 28 August, 2017
Representing 12,000 years of local and castle history in crafts, costume, combat and experience events from the Roman Empire up to the Victorian perio

Pirates & Smugglers Day
17 September, 2017
Set in the Keep at Arundel Castle – an opportunity to find out about the Smugglers of Sussex, and the Pirates who menaced the waters of the World.

Normans & Crusaders in The Keep
25 – 26 October, 2017
The life and times of the 12th Century Norman Period in The Keep at Arundel Castle
Read More

Events correct at time of press. Please confirm before visiting.

Outdoor events are subject to weather. Please keep checking the web site as dates and times may change.

If you require any further information please email: [email protected] or telephone our Information and Bookings Administrator on 01903 882173. 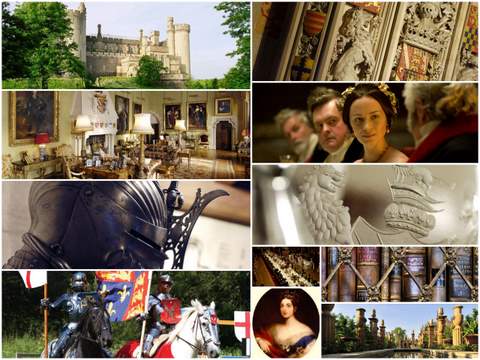 The Walled Garden At Cowdray