Giles realised his destiny only after experiencing, for a relatively short time, what a desk job was actually like! A love of 3-dimensional form that he once employed in ceramics combined with a water obsession (prevalent in his appetite for watersports, particularly surfing), suddenly seemed to fit into place one day and he has never looked back. Though rescued by the restless imagination that was to sustain him, the path was to be a steep learning curve of tough work, sleep deprivation and the need to make several large leaps of faith in order to defeat the impossible. 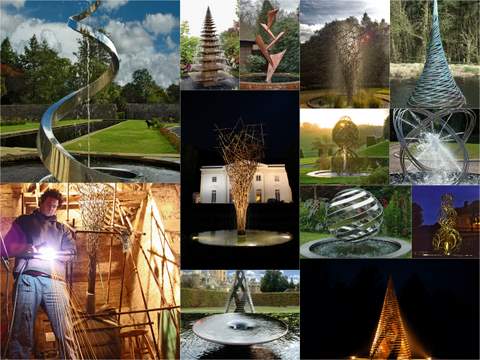 He studied at Kingston from 1999-2002, before moving from his industrial studio in London to the Cotswolds in 2004 – where he is now firmly based.

His workshop is a fabulous and gigantic stone barn. Giles’s work is all about energy, beauty and intrigue, and is created to timelessly fit in with surrounding landscape and architecture. He specialises in metalwork (copper, bronze and stainless steel) to work in fusion with water, but is open to using other materials. He likes designs to be deliberately challenging in order to endow them with the energy and enthusiasm that should possess each one – This is indicated by the sheer variety of work in his portfolio and the new paths and innovations always in the making.
Designs are usually relatively large, but range from about 3-30ft in size (so far). Work is undertaken, mainly by commission for both private and public spaces on an international basis.
Examples:
Serpent (2007) – One of a mirror-imaged pair at Corsock House, Nr Dumfries. Stainless Steel height 9ft. 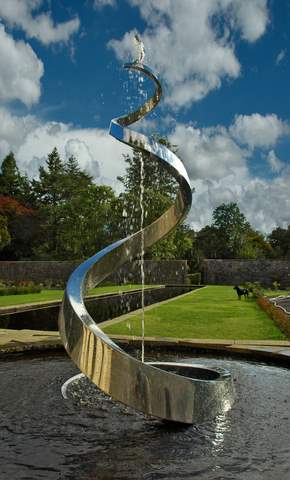 Coriolis (2006)- Desiged for the Rose Garden at Elton Hall, Cambs. Built of re-enforced copper it creates a rotational effect with the water. 14ft 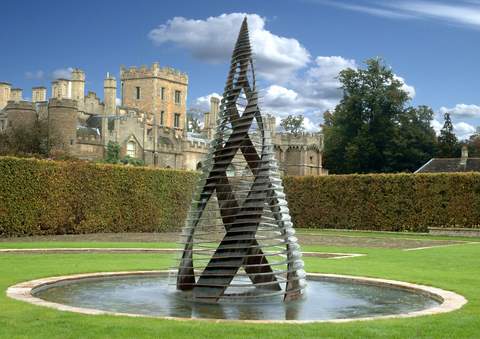 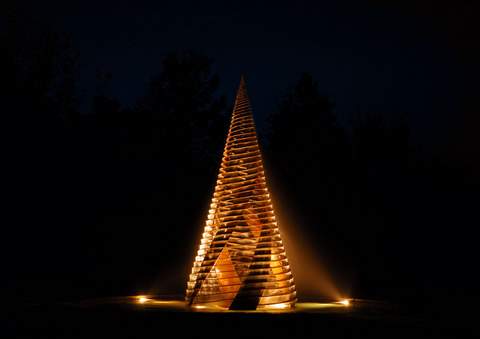 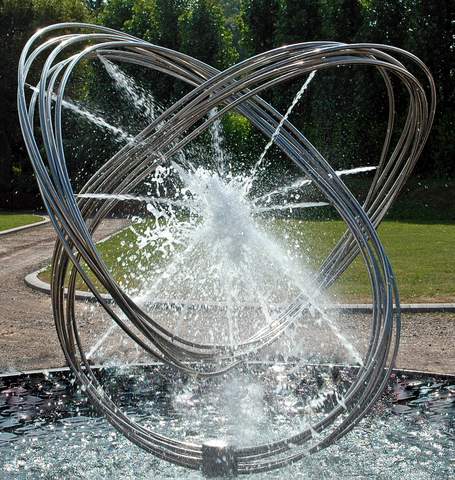 Pagoda (2006) – Seen here at Chelsea Flower Show. 9ft Copper design. Water is fed at each level to create the crescendo of falling water. Twiggy (2005) – Created for Canonteign House in Devon, re-enforced copper. Height 16ft. Water rains from the ‘twigs’ that represent a burst of energy. When the auxiliary pump is turned on a burst of water breaks up in the structure to form a cloudburst. 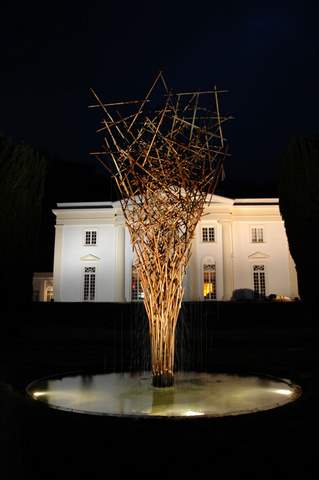 Whirlpool (2010) – Private Commissions (2 similar designs) 6ft across. Re-enforced Copper. Water is sucked downward in an impressive vortex while it also clings to the steep exterior of the bowl as it gently overflows. 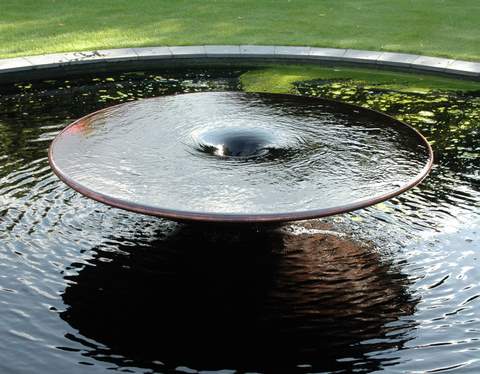 Pinnacle (2009) – Commission for The Hutts, Nr Ripon, private garden open to the public. Copper, 8ft A rotational effect is created by water spinning around the downward spiralling copper; the quantity builds up on the descent. 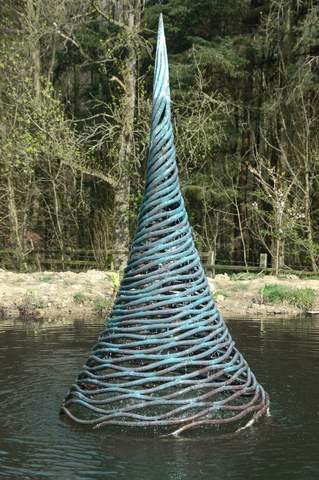 Falling Leaves (2007) – Private Commission in Berkshire, Re-enforced Copper 12ft height. More water is introduced at each intersection to correspond to the size of each ‘Leaf’ 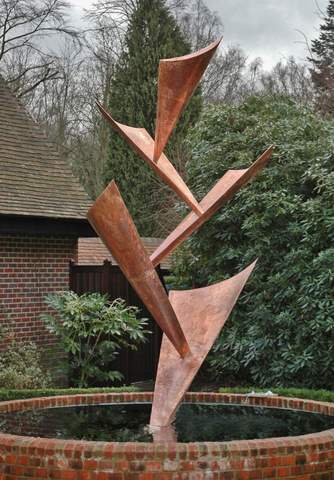 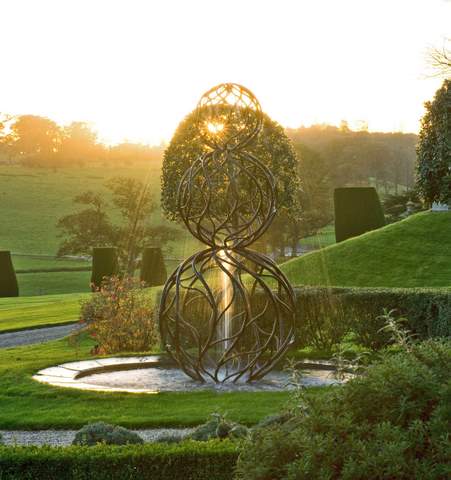 Giles Rayner and his team would be pleased to discuss your ideas or requirements for a project.