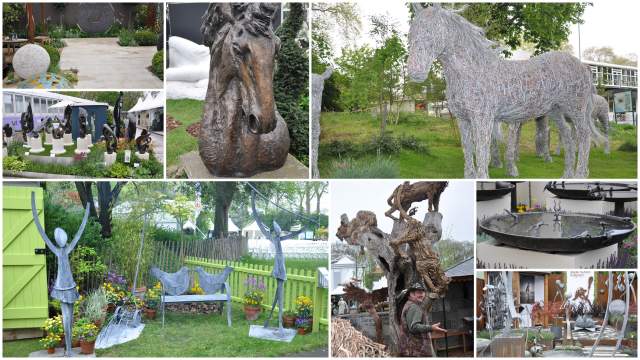 And lots of celebrity visitors 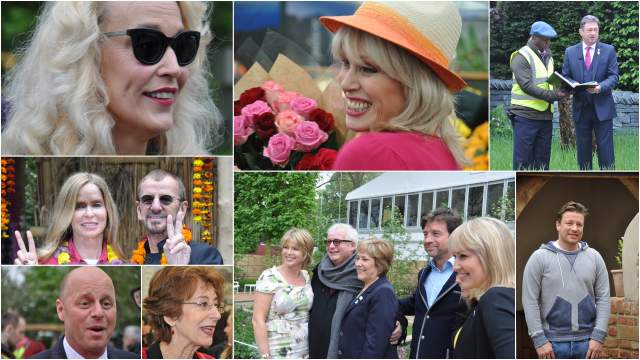 A record breaking 92 exhibits have won coveted gold medals in the centenary year of the RHS Chelsea Flower Show, sponsored by M&G Investments, overcoming a late spring to achieve one of the most prestigious awards in horticulture.

For the first time, 10 Show Gardens were awarded RHS Gold Medals at the world-famous flower show, with Fleming’s Nurseries winning the title of Best Show Garden. Flemings, from Victoria in Australia, have created a garden at the show nine times, and won five gold medals in the past, but this is the first time they have taken the title. Their garden showcases native, Australian plants and demonstrates the possibilities of sustainable landscaping within an urban setting.

Bob Sweet, RHS head of judging, said: “RHS Chelsea Flower Show stands for the highest levels of horticultural excellence, and the exhibitors this year have demonstrated an unrivalled level of knowledge and ability. To be able to deliver gardens at the peak of perfection in a year when the growing conditions have been so challenging is extraordinary.

“The achievement of Flemings is fantastic. The attention to detail and evocative feel of Australia is a great tribute to the skill of the designers, growers and landscapers who have contributed to their garden.”

After the Fire, designed by James Basson for Scape Design was awarded the title of Best Fresh Garden*. The garden represents the regeneration of a landscape after the devastation of forest fires. Japanese design company, Ishihara Kazuyuki Design Laboratory achieved an RHS Gold Medal and the title of Best Artisan Garden** for their garden representing an alcove within a traditional Japanese tatami room. This is the second time they have won the title, having been presented with the same award for a garden in 2012.

Blackmore & Langdon has been awarded the President’s Award*** for their display of begonias and delphiniums. The family-run business, has attended every RHS Chelsea Flower Show since the show’s inception in 1913.

The RHS Environment section of the show brings educational displays, themed on ‘The Evolving Garden’. The University of Nottingham was awarded the title of Best RHS Environment display, for their exhibit, Food for the Future, which showcases some of the very latest in plant and crop research being undertaken at the university by world-leading scientists.

The Director General’s Award for Best Trade Stand has been awarded to James Doran-Webb for his display of driftwood and stainless steel sculptures.