.
James spent his early childhood in Devon. He attended St. Andrews Prep School, near Reading in Berkshire, as a boarder, and passed his common entrance exam aged twelve. His education was as privileged as it was unconventional. His parents travelled extensively in the pursuit of art and antiques, and James spent his teenage years schooling in Basel, Switzerland, on the Adriatic coast of Italy, on the East coast of the States and central France before returning to London to take his ‘A’ levels at Davies Laing and Dick, Notting Hill Gate. It was his intention to go on to study the History of Art at The Courtold Institute in London but while attending college he had started his own antiques business with a weekend stand at Portobello Market in London.

He has always loved antiques and has been working with wood, making models and miniature sculptures since he was a small boy. His childhood was spent in the workshops of his parents’ antiques restoration company both in the UK and in France, whittling, carving and refinishing. By the time he reached his late teens he was not only an accomplished antique dealer but also a very competent cabinet maker, and was quite at home restoring such varied items as heavily carved oak and walnut furniture to the odd Queen Anne finely veneered bureau bookcase. He first travelled to The Philippines by chance in 1989; it was to be an extended holiday. It was love at first site. He was entranced by the countryside, the beaches, the wildlife and above all by the people with their natural flair for colour and artistry. In 1990 he set up a company designing and making a range of wooden objects to sell in Europe and the USA, boxes and picture frames encrusted in shells and marble, large papier mache animals and pieces of fine furniture made from wood salvaged from old demolished hardwood houses.

James is an avid outdoor enthusiast, mountain biking, hiking and kayaking in the remotest parts of the Philippines. He is quite a well known sportsman in the Philippines, twice an Iron man and with many other Adventure Racing titles under his belt. He has extensive local knowledge of most of the larger islands that make up the archipelago. Through such activities and travels he has built up a network of driftwood gatherers and receives tremendous support from the governors of a number of islands where his driftwood collecting venture provides much needed cash for the poorer fishing villages. James has amassed an extensive collection of driftwood, varying in size and form from small pieces to large natural sculptures, each piece hewn by natural forces into a myriad of individual shapes. The wood is found along the shorelines and riverbeds of the archipelago and is from a number of indigenous species, all dense enough to withstand years and years of exposure to the extreme tropical climate.

James started to design driftwood furniture in 2005 and it was while playing with the various natural forms that he decided to try his hand at making animal sculptures. His large supply of the wood has made it possible for him to find the pieces of branch which most lend themselves to the natural form and shape needed to give his animals the movement and reality he strives to obtain in every piece he creates.

He now spends as much time as he can spare in his studio. He has six assistants who help him sort and clean the wood, weld the steel frames and generally assist where and whenever they are needed, always under James’ strict instructions and supervision.

James’ studio in the Philippines 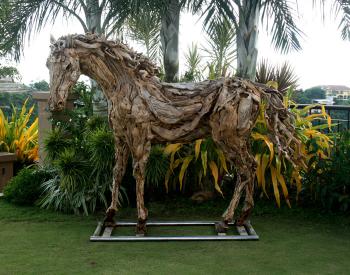 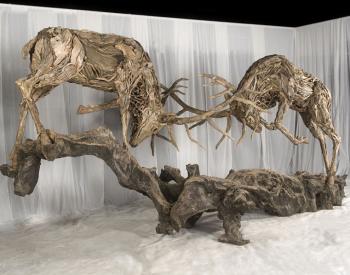 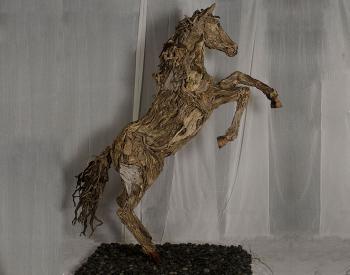 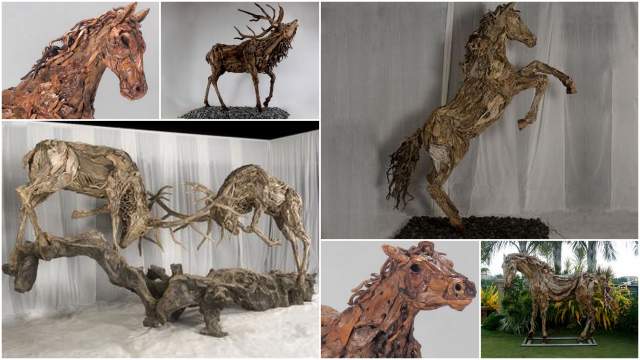 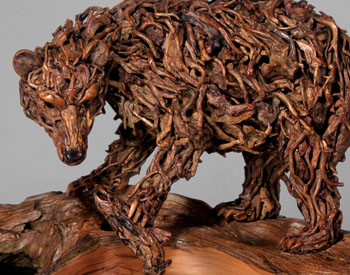 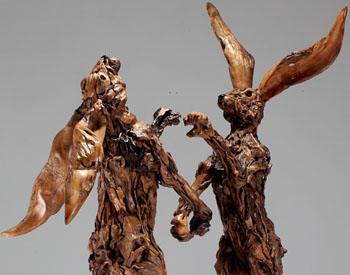 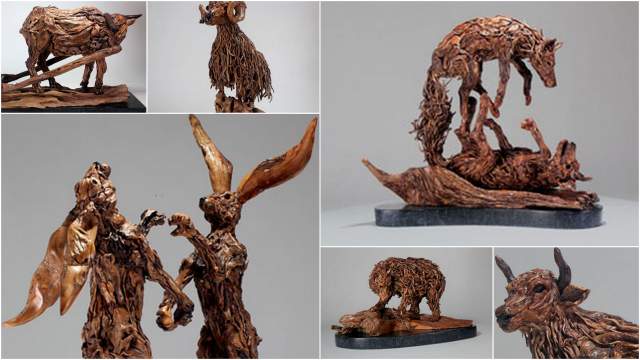 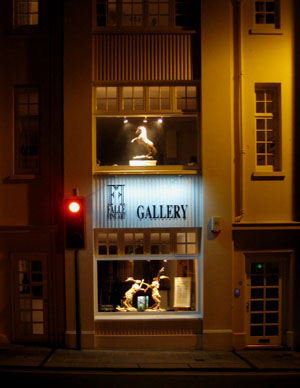 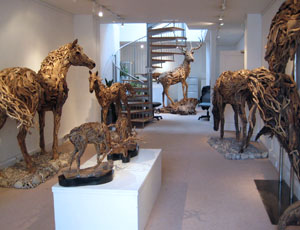 And his debut appearance at the RHS Chelsea Flower Show 2012 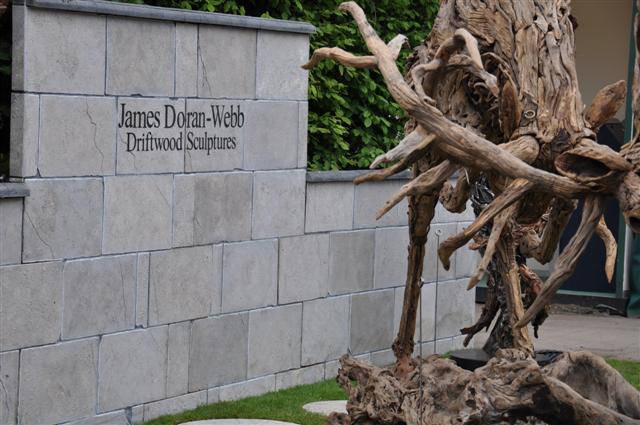